ETEK’s leadership is committed to providing our employees with a work environment where candor, passion, curiosity, and respect are not only expected, but highly valued. These tenets are the pillars of our day-to-day operations. They are what guarantee the delivery of exceptional products, solutions, and services to our customers. 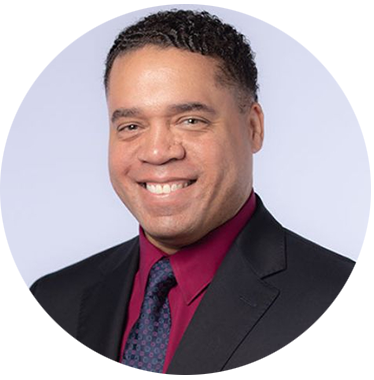 Edgar D. Russell is the President and CEO of ETEK, LLC. Mr. Russell’s career spans more than 25 years in computer system engineering, integration, and administration. Mr. Russell is a passionate advocate for open source computing and is setting a new standard for how to implement robust computer systems that efficiently process large amounts of data. His commitment to open source is changing the way federal government customers handle computer network security while complying with federal government standards.

Mr. Russell has received numerous awards for innovation and technical leadership and ingenuity, and has been honored with recognition for his contributions to the Ocean Color Virtualization Project at NASA Goddard Space Flight Center.

A native Marylander of 48 years, Mr. Russell resides with his wife and children in Glen Burnie, Maryland.